Women are not small men. Nor are their experiences of work and hazards the same. Even when women and men have the same job titles, what they really do often is quite different. Think about male and female “cleaners”.

Too many jobs include serious hazards. Yet women’s experiences — and hazards — have got little attention, unless it’s about reproductive health issues. Occupational health and safety and workers’ compensation systems end up being designed around the types of hazards that men experience.

Despite the stereotypes and some well-known differences, women’s bodies have a lot in common with men’s. After all, anything that harms men is a hazard for women too. The differences and inattention to the common features have affected how women’s is studied, regulated, and dealt with on the job. Women’ responsibilities — and work — at home and in the community add to the toll.

While we want women’s equality on the job, we may fear that “complaints” about women’s working conditions will be interpreted the wrong way, that pointing out biological or physical differences help those who oppose that equality. Women should be able to be the same, but different.

We know that women’s work:

The results of stereotyping and the tasks women really do include:

These documents and presentations provide an overview of women’s hazards at work and what can be done about them.

Our health is not (supposed to be) for sale. Women’s occupational health issues. Presented at the California Applicants’ Attorneys Association (CAAA) Women’s Workplace Injuries Symposium, Sacramento, 2014

The same, only different: fitting the job to women’s needs. 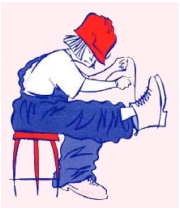 Pain and prejudice: What science can learn about work from the people who do it, Karen Messing, Between the Lines, 2014

Women’s work? Ignore occupational risks to women and you hurt us all. Resources from hazards.org
Gender, work and health, the European Trade Union Institute’s page about gender and hazards, including Women and occupational diseases. The case of Belgium